YMCA Plays it On for the Kids

YMCA South Australia has partnered with a local social enterprise called Play it On in a bid to assist disadvantaged children participate in sport and recreation through the donation of used equipment.

A large collection of used stadium equipment from St Clair Recreation Centre in Woodville has been provided to kick off the YMCA’s involvement in the venture, along with the set-up of a permanent collection box for public donations of used and new sporting items and apparel.

The idea to donate used equipment was an initiative of St Clair Stadium Sports Director Travis Beard, who said it made sense for the items to remain in use rather than be discarded.

“We are a very busy, high use facility and need to ensure our equipment is in top order. That means regular replacement of a range of balls and sports items that are still in good condition and able to be used. We found we were accumulating a lot of old gear so started looking in to how we could give it away and found Play it On,” he said.

Play it On is a social enterprise based in Adelaide that provides funding to assist children from families that are financially challenged, to participate in their chosen sport. Unwanted sports gear is collected, rejuvenated and sold online, with the profits raised creating a fund for children who can’t afford to pay sporting club fees.

Founder and CEO Theresa Brown said the organisation’s collaboration with the YMCA was a positive step for the initiative which was still in the start-up phase.

We’re thrilled that the YMCA has joined our push to ensure every child in Australia has the chance to play sport. The YMCA has impact across a wide section of the community and the partnership will help extend our reach

Theresa Brown — Founder and CEO of Play it On 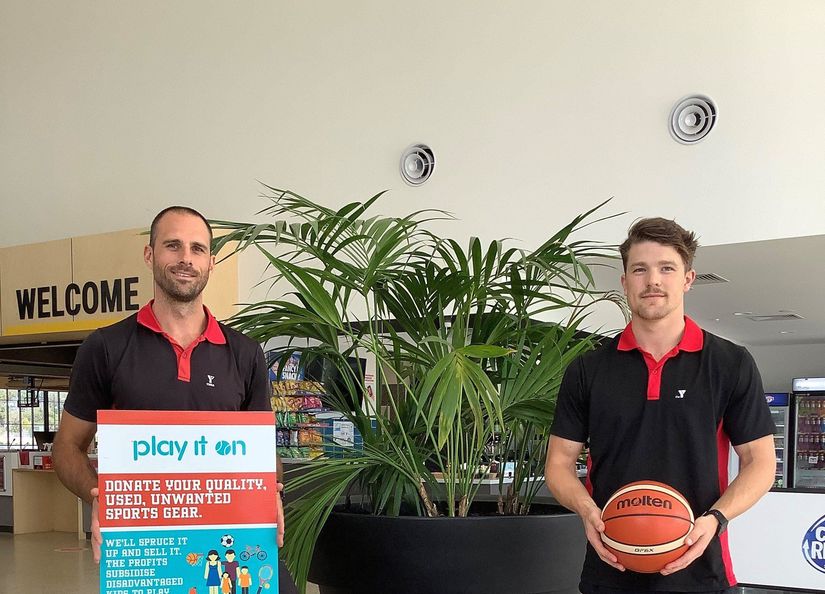